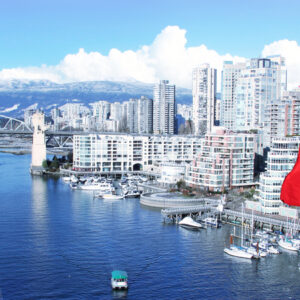 The Canadian Express Entry program is seeing a high popularity and the number of invitations sent each year is rising. For 2019 Canada invited 81,400 immigrants including Federal skilled, Express Entry and International Experience Canada. Invitations issued under the Express entry in March 2020 stood at 4568 with the lowest score of 720 on 18th March and 471 on 4th March 2020. As the Canadian government plans to invite more than 1.3 million immigrants in the country by the year 2021, you need to find out if you might be eligible for this program.

History of cut-off points since the start of the program

Canada’s Express Entry program started in January 2015. The applicants are assigned a Comprehensive Ranking System score based on education, age, work experience and knowledge of official language, as well as additional things, such as having a work offer or a Canadian sibling. On the periodically draws the Canadian government invites the candidates with the highest CRS scores to submit a complete application which is then to be completed within 6 months.

When the program started, the first invitations were sent to candidates with a CRS score of 886 or higher. Since then, the scores dropped to around 500 in 2016 and continued to drop to 450 in 2017. Since then, the cut-off score remained around 440-450 with a minimum score of 413.

Those who follow the history of the Canadian Express Entry program can see the cut-off score remained stable in the last years, hovering around 440-460 points. This means the pool of candidates for each draw is rather equal to the number of ITAs issued for each round. If your score is close to the cut-off point of the last draw, you can remain optimistic than you will be invited in the following draws, especially if you work on improving your score. As the popularity of the Express Entry program grows, we can expect higher CRS scores for a long time or stable scores. CRS scores are influenced by the frequency of draws, the number of candidates invited and the number of candidates entering the pool. Changes in the scores of the existing candidates also influence the scores, as some profiles expire, new profiles enter the pool and old profiles are updated.

Since the beginning of 2019 the history of the CRS scores already shows a pattern which might give a sign on how the program will continue. There were three draws in January 2019, about 10 days apart. Between each draw the CRS score dropped by 6 and then by 5 points. In February there was only one draw, 20 days apart from the last one in January, which saw a solid increase in the CRS scores and had a cut-off score of 457, as the number of candidates was definitive larger, so there is a higher competition between them.

As the number of draws in 2019 is going to be high, you might expect rather low cut-off points. Also, the longer the time between two draws, the longer your time to improve your application, which is a huge advantage. The most valuable way to increase your score is to receive a provincial nomination, which adds 600 points to your score.