Japan – What Makes It So Popular

Japan is a fascinating country with a long and rich history, filled with unique and interesting cultural customs. From its rich culinary culture to its breathtaking natural beauty, there is something for everyone to enjoy in Japan. With so much to see and do, it’s no wonder why Japan is so well known around the world.

In this blog post, we’ll explore 10 things from Japan that have made it so popular. So whether you’re a fan of Japanese culture, looking to plan a trip (with us hopefully), or just curious about what Japan has to offer, you’ll want to read on!

We don’t know about you, but when it comes to Japan, the first thing that usually comes to mind is sushi! The classic Japanese dish has made its way around the world and become one of the most beloved culinary exports of all time. Sushi is a type of raw fish and rice dish that has been around for centuries, but has been perfected over time into the tasty delicacy it is today. It can be served with a variety of accompaniments, such as soy sauce, wasabi, and pickled ginger, to add extra flavor and texture. If you ever find yourself in Japan, be sure to try some sushi – it’s an experience you won’t forget!

It’s impossible to talk about Japan without mentioning the beautiful cherry blossoms. Every spring, people from all around the world flock to Japan to take part in the age-old tradition of hanami (flower viewing). People can be seen sitting on blue tarps under trees filled with soft pink and white petals. The sight is nothing short of magical, and it’s become one of Japan’s most recognizable symbols. These blooms only last for a few weeks in the spring, so if you ever get the chance, be sure to go and experience it for yourself!

Japan’s iconic peak of Mount Fuji stands majestically above the country, and has become a symbol of Japan itself. This volcanic mountain is the highest in Japan, reaching an impressive 3776 meters. Not only is it a beloved symbol, but it’s also an active volcano! It last erupted in 1707-08 and is located on the island of Honshu. It’s one of Japan’s “Three Holy Mountains” and is often depicted in traditional art, literature, and even on TV. Every year, thousands of visitors flock to Mount Fuji to experience its beauty. Many take the challenge to climb to the summit during the summer months. There’s no better way to experience its grandeur than to stand atop of this remarkable peak!

Ah, geishas – the mysterious, elegant figures that Japan is so well known for. A geisha is a traditional female entertainer trained in music, dance, and the arts of conversation and hospitality. Geishas are usually associated with the world of Japanese high culture and are often seen as embodying the beauty and grace of Japan itself.

Despite their beauty, geishas remain enigmatic figures. They are seen as both mysterious and alluring, combining traditional Japanese art forms with a modern flair. Not only do they possess a deep knowledge of the traditional Japanese arts, they also have an in-depth understanding of the complexities of society and human interaction.

The look of a geisha is highly symbolic and has been unchanged since its creation in the 18th century. Geishas wear elaborate kimonos, their hair styled in a distinctive way with elaborate ornaments, and their faces painted white with red lipstick.

Geishas are still part of modern Japan, although their numbers have decreased in recent years. Nonetheless, these talented women still evoke an aura of mystique and elegance, making them one of Japan’s most iconic figures. 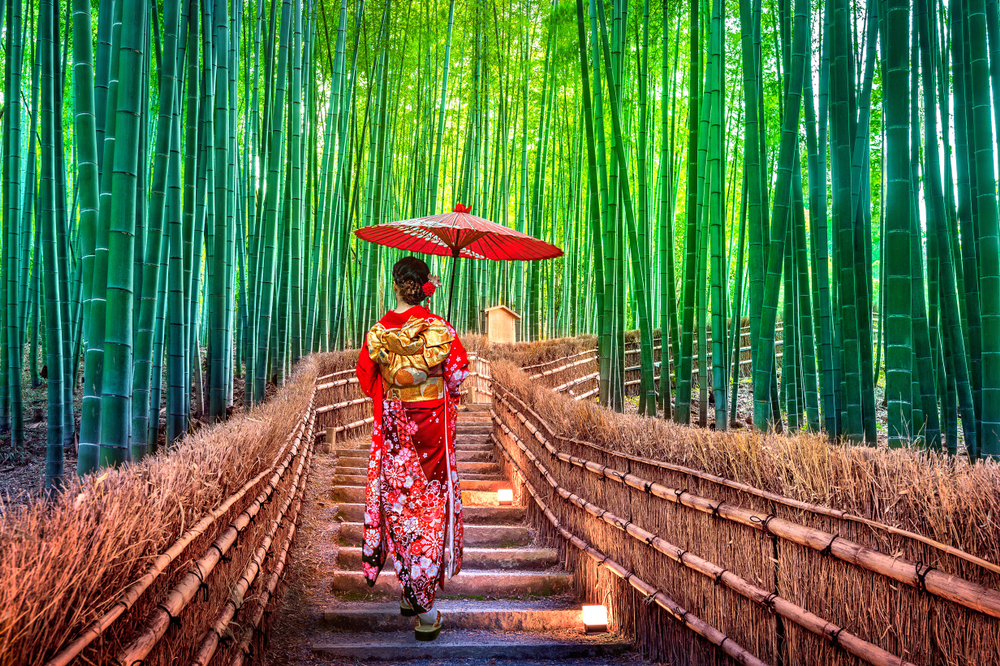 The Samurai of Japan have a long and legendary history. These fierce warriors were highly skilled and loyal to their lords, and held a code of honor known as Bushido. The Samurai were known for their unique style of dress, which included traditional armor and two swords. While they were renowned for their martial skills, the Samurai were also incredibly well educated and had a deep respect for the arts. In modern Japan, the Samurai are remembered fondly as icons of bravery, strength, and loyalty.

A beloved art form that has taken the world by storm, anime has been captivating viewers from all over the world for decades, and its influence can be seen in many aspects of pop culture. From action-packed shounen to heartfelt romance stories, there’s something for everyone in the expansive world of anime. Whether it’s Dragon Ball Z or Death Note, the creativity and imagination behind anime shows has captivated millions around the globe. Even if you’re not an anime fan yourself, chances are you know at least one or two famous characters or titles! So, if you’ve ever been curious about anime, now is a great time to explore this unique art form and see what all the hype is about.

If you love comics, you’ll certainly fall in love with manga. This type of comic art style is quite popular in Japan and has become a global phenomenon. Manga is like a mix between animation and comic books, blending both styles together to create something entirely new. The characters are often drawn with exaggerated expressions and gestures, making it a fun and entertaining read. Fans of manga can enjoy their favorite stories through TV shows, films, and even video games! Whether you’re looking for an epic fantasy, an action-packed shonen, or a romantic comedy, manga has something for everyone.

If you’re a fan of the vibrant, upbeat world of music and dance that Japan is known for, then J-Pop is the genre for you! J-Pop stands for Japanese Pop Music and it encompasses a wide variety of subgenres, from upbeat pop-rock to bubblegum pop, EDM, and hip hop. J-Pop is a vibrant genre that has become a staple in the music industry and its influence can be seen all over the world. It’s a great way to experience the energy and vibrancy of Japanese culture. From iconic stars like Utada Hikaru, Babymetal, and AKB48 to rising stars like King Gnu, J-Pop is an ever-evolving genre that continues to push boundaries and entertain audiences.

From the kawaii (cute) vibes of Harajuku to the bold and vibrant streetwear of Shibuya, Japan is known for its diverse and ever-evolving fashion scene. Street fashion in Japan is a way for people to express their own unique style and stand out from the crowd. The country’s unique culture has spawned numerous fashion trends over the years, ranging from lolita to yamanba styles. Whether you’re looking to rock an edgy all-black look or dress up like a fairy-tale princess, Japan’s street fashion has something for everyone. So, why not take a trip to Tokyo and take part in the city’s vibrant street fashion culture? You’ll be sure to find something that speaks to your own personal style!

Who doesn’t love ramen? In Japan, it’s more than just a quick meal – it’s a national obsession! Ramen is made with a variety of ingredients such as wheat noodles, pork, and various vegetables in a flavorful broth. You can find endless varieties of ramen all around Japan, from traditional flavors like shoyu and miso, to creative new takes like curry or tomato ramen. The best way to enjoy ramen is to slurp it up quickly while it’s still hot! Whether you’re in Japan or at home, make sure to give this delicious dish a try.

Here at Alliance Visas we have numerous Working Holiday packages to countries all over the world – including Japan. Fill in our free eligibility test to see if you qualify for a visa to Japan and get started on an adventure of a lifetime.